Day of the leopard 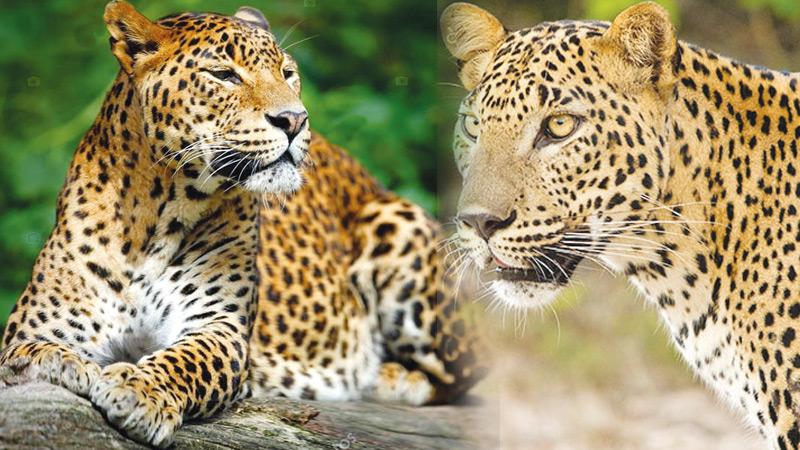 Today, leopards live in 26 range countries scattered across the African and Asian continents and are subdivided into nine sub-species based on their genetic divergence and distinction.

Of these, the Sri Lankan leopard (Panthera pardus kotiya) is one of only two sub-species restricted to islands.

The other sub-species (Panthera pardus melas) live on the Indonesian Island of Java.

Their total number is estimated to be down to 250 adult individuals and it is considered to be critically endangered by IUCN.

Java’s forest cover is also below 10 percent of the total land area of the island.

The predicament faced by the Javan leopard should be a wake-up call for all those who wish to ensure the conservation of the Sri Lankan leopard.

Population pressure, land conversion to agriculture (loss of habitat), prey depletion and untimely death at the hands of humans are common problems faced by these two island leopards.

Therefore, Java has approximately twice the land area of Sri Lanka and 6½ times its population.

When compared in this way, it is plain to see that Java’s pressure on the land for agriculture and settlements is immense.

Although Sri Lanka’s equation is far better, we are still a densely populated agricultural land, with our population unevenly distributed across the island.

This so-called maldistribution allows for living space for wildlife away from humans, especially in the comparatively sparsely populated dry zone districts.Wise land use policies and practice, and the strict enforcement of the laws that govern the extensive protected area network, is a key to conservation of all but the elephant (who require separate attention).

The leopard is an important animal in the wild, a keystone species that plays an important regulatory role in the eco-systems in which they naturally occur.

In Sri Lanka, it is an apex predator (at the apex of all food webs on land), plays an irreplaceable role, and its extirpation would create a void that cannot be filled by any other animal.

The leopard can be characterised by three qualities; intelligence, adaptability and resilience. Its intelligence and agility makes the leopard a behaviourally interesting animal, and its beauty makes it one of the most sought after wild animals in the world.

The leopard’s tourism potential is not fully utilised and generally mismanaged by both the Government and private sectors. It is a special animal that needs focused conservation attention as well as knowledgeable field guides, trackers and naturalists.

Up to this point in time, the bulk of wildlife tourism is sustained by the mass market and package tours that this country courts.

These tours are unwieldy for the most part and consist of “beach holiday” visitors who are only cursorily interested in this valuable and fragile resource of ours.

Therefore, tourism’s stamp on the protected areas of Sri Lanka is heavy, ecologically insensitive and for the most part ignorantly so.

Leopard-centric tourism, as practiced by this country, exerts damaging pressure on a few national parks that are victims of their own popularity.

If this valuable animal and its habitat are to be protected, and at the same time maximum revenue is to be earned, it is never going to be done through a tourist arrival head count.

Wildlife/nature/eco-tourism as prasticed in this country is a ‘numbers game’ which is counter-productive to the long-term conservation of species and habitats.Importantly the Department of Wildlife Conservation has to be empowered with manpower, legal knowledge and capacity, as well as state-of-the-art training and other material resources to deal with the ever more sophisticated threat posed by poachers and encroachers within and outside protected areas.

As long as wildlife and wilderness remain a State monopoly in the custodianship of the Government, legislators must see fit to give the relevant departments adequate funds and resources as stated above to enable effective conservation.By starving these ministries and departments of resources, a case cannot be made for privatisation of the natural heritage common to all present and future Sri Lankan citizens.

In Sri Lanka natural assets in private hands have always been governed by an overriding profit motive and exclusivity which is not conducive to managing natural assets for the benefit of its citizenry. Alternatively Public-Private partnerships are an option that can be explored.

However, regulatory mechanisms and oversight must remain in Government hands at all times or else these too will not serve the nation in any meaningful fashion.

On this Sri Lankan “Leopard Day” while celebrating this unique animal, it is apposite to give thought to the management of wild leopards as much as the concerns regarding their conservation.

The Dung Beetle Project, for which WNPS is sponsoring the scientific research component, aims to build an environmental quality model using dung beetles as a biological indicator. This model will be an important validation tool to determine the healthiness of tea and other agricultural landscapes.