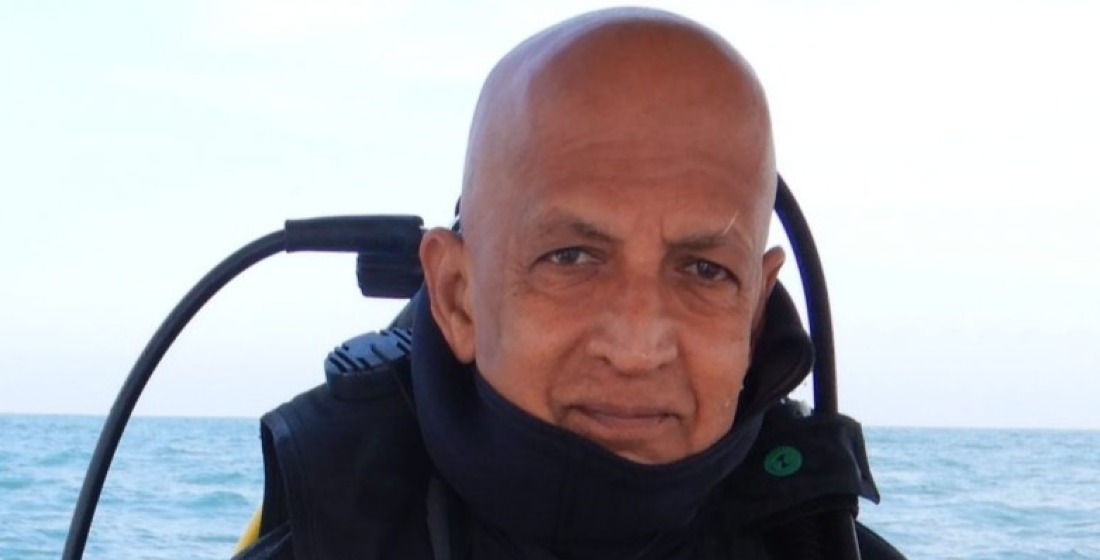 For all the noise we make about being an island surrounded by picture-perfect ocean, there is a surprising lack of discussion on our marine habitats and how we need to conserve them. Yes, we’re renowned for our whale watching, and Sri Lankan blue whales are fairly unique for being non-migratory, but by and large, marine conservation in Sri Lanka tends to fly under the radar, which is surprising when you consider that, as an island, Sri Lanka’s landmass is approximately 65,000 km2 while our territorial waters amass 540,000 km2.

There is a spotlight on marine conservation at the moment because of the MV X-Press Pearl disaster, but this focuses a lot on plastic pollution and mitigating damage rather than mindful conservation. Our marine habitats contain lots of little ecosystems, the most prolific of which is the coral reef. Last Tuesday (7), the Wildlife and Nature Protection Society of Sri Lanka (WNPS), Sri Lanka’s oldest (and the world’s third oldest) nature protection society, hosted a special lecture on coral reefs in the northern coastal waters of Sri Lanka and their conservation needs. The speaker, Arjan Rajsuriya is the International Union for Conservation of Nature (IUCN) Country Office Marine and Coastal Expert. He was also in charge of the National Aquatic Research Resources Research and Development (NARA) coral reef research programme from 1988 to 2012, and the Global Coral Reef Monitoring Network (GCRMN) Sri Lanka National Co-ordinator from 1998-2015.

Rajasuriya spoke about the coral reefs off the coast of Northern Sri Lanka adjacent to the Mannar, Jaffna, and Mullaitivu Districts, and presented the findings of a rapid biodiversity survey conducted by IUCN Sri Lanka to assess the status of coral reefs in the northern coastal waters and the threats they face due to increased harvesting of marine resources, development, and climate change.

With marine conservation on everyone’s minds, Brunch chatted with Rajasuriya on coral reefs in Sri Lanka, the issues they face, and how they can be conserved.

Understanding the role coral reefs play in our marine environment

Put very simply, coral reefs are very important for coastal protection, marine biodiversity, and fisheries. Coral reefs are built by and made up of thousands of tiny animals – coral “polyps” – that are related to anemones and jellyfish. Polyps can live individually or in large colonies that comprise an entire reef structure. Most coral polyps have clear bodies. Their skeletons are white, like human bones. Generally, their brilliant colour comes from the zooxanthellae (tiny algae) living inside their tissues. Several million zooxanthellae live and produce pigments in just one square inch of coral. These pigments are visible through the clear body of the polyp and are what give corals their beautiful colour.

When corals die, they leave behind their skeletons which are made of calcium carbonate, and new coral larvae settle on the old skeletons using them as a substrate from which to grow, this process is what creates coral reefs as we understand them. Corals don’t settle exclusively on old skeletons; however, they settle on any hard surface – this is how we see coral reefs form around existing rock formations and even in man-made settings like shipwrecks or concrete blocks.

The process of a coral reef is very slow, with the fastest growing coral achieving a maximum growth rate of 20 cm a year, and the slowest growing most complex corals growing at a rate of a centimetre a year.
Coral reefs create a habitat for a vast variety of marine life, which is why they are so important to maintaining biodiversity. They also play a large role in protecting the coast, and are very important for fisheries because they are nurseries and breeding grounds for fish and many other species. For context, coral reefs support 25% of marine fish in the world.

The threats that coral reefs face

Speaking to Brunch, Rajasuriya explained that the biggest threat to coral reefs is rising ocean temperatures because of climate change and global warming. “Corals are very sensitive to environmental change, so when there is a sudden change in temperature, they can be very badly affected,” Rajasuriya explained, adding that corals have a symbiotic relationship with the zooxanthellae algae.

The zooxanthellae are their main food source, and when stressed (they are easily stressed by warmer water), coral expel the zooxanthellae and in doing so, end up in greater distress. When corals lose their zooxanthellae, they also lose their colour, a phenomenon known as bleaching. Climate change also means rising sea levels which will see coral reefs go deeper underwater, this would lead to zooxanthellae not being able to get enough sunlight, which in turn would harm the corals because they will not have enough zooxanthellae to thrive.

“All of these can be broken down further into different categories,” Rajasuriya said. “Destructive fishing can include physical destruction from nets getting entangled in reefs to methods like dynamite. Pollution can mean plastics but also other pollution like oil spills and what has happened recently with the MV X-Press Pearl. Deforestation also adds a lot of sediment that buries corals and makes the water murky, which affects the algae’s process, and all these things combined leave corals badly affected. Coral reefs are dying in many parts of the world, and coral recovery is also affected by continued human activities and climate change.”

When asked how healthy Sri Lanka’s corals and coral reefs have been over the past few years are in comparison to reefs around the world, Rajasuriya’s answer was simply that our corals are doing, “quite badly”, sharing that Sri Lanka’s coral reefs have not been able to recover properly following a severe bleaching incident in 1998, when the temperature of the water around Sri Lanka rose (temporarily) by about 3℃. While it is normal for some bleaching to occur in corals each year because of global ocean currents and water movements, the recovery of corals since this major bleaching event was hindered as it was followed by another severe bleaching event around 2016 (this was the same bleaching event that compromised Australia’s Great Barrier Reef). “It’s like a boxer receiving another punch when he is trying to get up,” Rajasuirya said. “In addition to these recurring bleaching events that have been taking place on and off because of the rapidly changing global climate, human activities have also continued, reducing the chances for recovery.”

The MV X-Press Pearl disaster has done nothing to help the long-term plight of coral reefs, though Rajasuriya shared that we are not yet able to accurately define the impacts of the MV X-Press Pearl on our coral reefs. “Assessments can only be done in clear water towards the end of the year,” he explained, adding: “By then, it will be difficult to locate and understand the impacts unless they are very obvious. There can be a lot of subtle impacts on reefs over a long period that we can only speculate about.”

Conserving reefs: What can we do?

Conserving reefs, like marine conservation in general, is something that flies under the radar, because, unlike environmental and conservation issues on land, they’re not easy to see. “What is underwater cannot be seen by many people; it’s always hidden,” Rajasuriya said. “Even with fish, people don’t often realise that the fish they buy may come from a destructive fishing method. It’s not like shooting an animal and producing the meat, because with the sea, not many people see what happens underwater. Most people would be very concerned if they knew how the fish they eat are caught.”

For conserving coral reefs and marine environments in general, Rajasuirya shared that there needs to be co-management, a comprehensive and inclusive approach that engages all the people who actually use and interact with the coral reefs, from the government to civil society to fishermen to tourism stakeholders to aquarium fish collectors. All these parties need to be included in the management process. He stressed that the Government alone cannot manage all the designated protected marine areas, they’re simply too vast, and managing marine areas is not at all similar to managing terrestrial areas.

“The general situation is that the management authorities must change their thinking in terms of management,” Rajasuriya said. “There needs to be a paradigm shift in the approach to management that is more on co-management. There needs to be a change in attitude from the people also. They also need to take responsibility for the degradation of the marine environment collectively. The best way to approach this is the co-management process with different committees handling different things.”

The Dung Beetle Project, for which WNPS is sponsoring the scientific research component, aims to build an environmental quality model using dung beetles as a biological indicator. This model will be an important validation tool to determine the healthiness of tea and other agricultural landscapes.